What is a viewmodel?

Viewmodel is a view from the point of the in-game character you’re controlling. Thanks to it you can see what’s going on in the first person.

As for CS:GO, viewmodel refers to the position of hands holding a gun. Most players don’t pay enough attention to this and don’t suspect how crucial this setting can be in the game.

Why is viewmodel so important and what settings are used by pros? 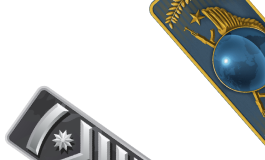 How to change viewmodel settings?

The values of the parameters that are responsible for displaying the position of the hands can be changed via console (it can be toggled by pressing “~” key by default). Here you can tweak different viewmodel settings.

There are about a dozen parameters that affect the positioning of the hands in the game:

You can experiment with viewmodel and tweak different settings to make yourself comfortable. To bring everything back to default, type viewmodel_presetpos 1 to the console.

What is affected by viewmodel?

There is also an alternative: bind “C” “toggle cl_righthand 0 1” – that way you can change hands alternatively by pressing the C key. Which bind to use is up to your personal preference.

There is a theory that by making your hands closer to the center of the screen, it helps you shoot better with AWP and pistols, and by setting hands farther to the corner of the screen you’ll be better with rifles. However, we won’t judge how true it is. Try different variations and experimentally find the most convenient one for you.

If you want to become the best – learn from the best. This logic generally works, but not with viewmodel. For most professionals, the settings are very different from each other and depend solely on personal convenience.

Remember: there are no OP settings that will make you a god of the game in no time. You can play decently with any settings, just don’t change them too often, this is the most important rule. Otherwise, you risk being unable to mechanically get used to the changes, thus slowing down your progress.
To choose the settings, try different ones and then decide what suits you. An alternative is to get your favorite pro’s settings and stick to them.

The best player in the world by hltv.org has nothing extraordinary in terms of viewmodel – Oleksandr’s settings are almost identical to the default ones. Many competitive CS:GO players get used to similar viewmodels on the start of their path, so they don’t see any reasons to change it.

One of the strongest riflers in professional Counter-Strike uses a custom viewmodel. Unlike the classic one, Nikola's viewmodel is shifted closer to the center of the screen, and the hands are slightly more distant from the center. This viewmodel allows you to see both the corner of the screen and its central part well.

Best player 2016-2017, same as NiKo, plays with a custom viewmodel. His settings allow him to get a good view of different parts of the map. The hands stay close to the center so he can see the edges clearly.

The Canadian from FaZe Clan uses default settings, but slightly customized. Russel has set his viewmodel so that his hands don’t mess up the vision – they are far from the center, but not close to the edges of the screen at the same time. Such settings give maximum visibility.

The star Frenchman, just like s1mple, uses default hands settings. Mathieu used other viewmodel parameters in the past, but decided to get back to classic.

Configs in CS:GO. How to set up a player's config? Guide by SCOPE.GG